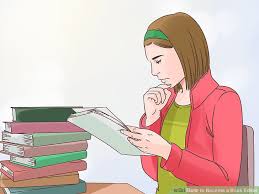 How important are the opening pages of your novel? VERY important.

First of all, you must keep in mind that busy agents and publishers will usually judge your writing and your book by the first few pages, and oftentimes by page one!

Also, readers, who might be grabbed by your title, tagline, and your cover blurb, still will judge whether they want to continue to read on by the first chapter, or even the first page. So you’d better work really hard at getting it right.

How do you do that? you might ask. Well here are some well-worn tips to accomplish that.

Prologue or no prologue…that’s a good question.

Although there are quite a few great books on the market that use prologues to introduce their novel, many experts agree, that a good rule of thumb is to leave it off.

Instead of telling the reader your character’s background and motivations, use your writing skills to weave that information in, letting your reader figure it out.

I’ve been told most readers don’t bother to read prologues anyway. I know I don’t like them. I usually want to jump right into reading the story. So just jump right in writing it. But where DO we start?

Tension is the key.

Every movie-goer knows that the first scene of a film usually begins with a huge car crash, guns blazing, or a murder... then jumps back to why on earth all this went on. Many books begin this way also. But wild action isn’t always the key. Most times it’s tension.

On page one, feed the reader some intriguing questions they will surely want the answers to. What is your character doing, saying, observing, or thinking that makes the reader want to know what’s going to happen next, or what the character plans to do about the situation at hand?

The reader will want to know something about your main character. What is he about? What does he want? Is he relatable or liked enough for them to want to know more and to invest the next few hours of their time in. What is he doing in that first scene that tells us something about his personality, his ambitions, his goals? First impressions count.

Give the reader an idea of the setting on that first page also. Where is your character? Is the time period important? What is the season? Is it hot, cold? Don’t let the reader have to figure that out as he reads along.
The Hook.

This seems like a lot to cram into a first page, but you want to draw the reader in from the very start. It’s called the “hook.”

Sometimes it takes many re-writes to get those elements in effectively.

Get an honest opinion from a person or persons…typically not your mother or spouse. Join a critique group or a group like Critique Circle.

Posted by Rita Monette, Writer at 6:39 PM No comments: