Recently I had to write a synopsis for a critique. I spent three grueling days trying to narrow down a complete novel into one page. I am posting something I found while googling "how to write a synopsis" that I found helpful. Thought I'd share.
A Basic Guide to Writing Synopses

A synopsis is a brief summary of the novel that provides key information about the characters, plot and conflict.

· Do not justify the right margin.

· It is common to type a character's name in all caps—or to bold it, the first time he or she is introduced.

· In the synopsis tell the whole story, hitting the essential plot points—including the ending.

· Most agents and editors prefer a fiction synopsis about 2-3 pages double-spaced these days.

· The greatest challenge is to write as cleanly and as tightly as possible, using powerful verbs and few adverb and adjectives.

· Contrary to novel writing, in a synopsis you tell rather than show.

· Do not include subplots in a very short synopsis.

· Move smoothly from one event to another.

· Weave characterization into the action.

· Be sure to include characters' motivations.

I typically start with a premise—or log line. A two sentence little blurb to hook the agent/editor, introduce the main plot, key conflict, and characters, then progress by introducing the main character, what her goal is and why she can’t immediately attain it (conflict). Then we move into the action of the story, but while hitting the highlights of the plot, it’s important to remember to tell the motivation and how the protagonist feels about and is affected by the things that happen in the story.

Do you have any synopsis nightmares or helpful stories to share?
Posted by Rita Monette, Writer at 12:18 AM 5 comments: 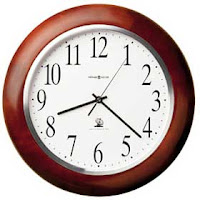 Tomorrow morning at 2 a.m. it’s time again to turn our clocks ahead an hour…or to Spring Ahead. This happens the second Sunday in March every year. But did you ever ask yourself when we started doing this, and why?

When did it all start?

It seems Benjamin Franklin proposed the idea, while minister of France, when he wrote an essay in 1784 entitled “An Economical Project for Diminishing the Cost of Light.” It would be during World War I when the United States would adopt it—but then repeal it when the war ended. It was reinstated again during World War II. But the states couldn’t agree on whether they wanted it, and when to start and end it. It was in 1966, when Congress finally enacted the Uniform Time Act, which decreed that if a state chose to opt in for daylight saving, it had to be the same time as everyone else. Currently in the U.S., Hawaii, most of Arizona, American Samoa, Guam, Puerto Rico, and the Virgin Island opt out on daylight savings.

But why should we have it?

The hope is to save energy and use more natural light, although it not proven that the results have been substantial.


It turns out that studies have shown that it is the least disruptive time and day to make the change—when most people are asleep and do not have to get up early Sunday morning for work.
When does the time change back?
This year, the clocks will return to normal, causing us to gain an extra hour, on Sunday, November 6, and you guessed it, at 2 a.m.
Whether you like daylight savings or hate it, get out there and enjoy the extra hour of light…according to your clock that is.
For me, the extra daylight makes me want to be out working in my garden until all hours, forgetting that I need to work on my manuscript.

How does daylight savings time affect you? Do you hate it or love it?


Posted by Rita Monette, Writer at 3:08 PM No comments:

Fat Tuesday. Shrove Tuesday. Mardi Gras.
Call it what you will, but it all means one thing: PARTY! This annual event marks the last day before Lent begins, when Catholics traditionally "give up" a habit or vice.
In New Orleans, as well as a few other cities in the south, Mardi Gras is a full-out celebration, with a huge parade, parties, and more food than you could ever imagine. “Throw me something, mister!!!” But, whether you plan to give anything up for Lent or not, for most people in Louisiana, Mardi Gras is an excuse to just live it up!
How do you plan to celebrate this Fat Tuesday?
Posted by Rita Monette, Writer at 3:51 PM No comments: