Louisiana is well known for its legends. No one knows what's lurking in the dark bayous and swamps, although many a tale has emerged.

One such legend is performed by The Charlie Daniel's Band in this video by WoW. Enjoy.

The Legend of Wolly Swamp

If you like legends, don't forget to download The Legend of Ghost Dog island into your e-reader!
Posted by Rita Monette, Writer at 11:30 AM No comments:

Some Cajun Humor - Boudreaux and the Bridge 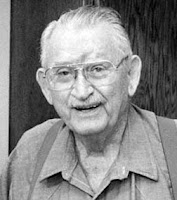 Justin Wilson is one of my favorite Cajun storytellers. His sense of humor and his thick accent remind me of my own late father.

Most Louisiana folks know our old friend Boudreaux is the mascot of many a Cajun joke. So here we go....


Boudreaux and the Bridge.

The threats continued for many years.

One day the state built a bridge across the Bayou.

Soon after the bridge was built, Boudreaux's wife, Clotile, says "Boudreaux, you've been talking about going across dat bayou to beat up Clarence all dese years. Now that they have dat bridge, what are you waiting for?"

So Boudreaux decided it was time to go see Clarence, so he started walking down to the bridge.

Just as he was getting ready to cross the bridge, he looks up at the sign on the bridge, reads it, and goes back home.

As promised, the second part in Justin Wilson's album, The Humerous World of Justin Wilson, from YouTube. (Wanted to load another picture of Justin, but Blogger isn't cooperating.)

No one speaks the language of the Cajuns better than Justin Wilson.

The Humerous World of Justin Wilson

Posted by Rita Monette, Writer at 12:13 PM No comments:


Today, and the next few Wednesdays, I am pleased to present a great Cajun story teller, Justin Wilson.

Justin knows how to tell a great Cajun tale. He was born in Roseland, Louisiana, on April 24, 1914, and died in Baton Rouge on September 5, 2001, at age 87. He was known for his Cajun cooking show, has several Cajun cookbooks to his credit, as well as many comedy albums.

In this one he explains what a Cajun is. You'll enjoy it...I garontee!

The Humor of Justin Wilson - Part one

Tune in next Wednesday for Part two.