Pirates in the Bayous, by Rita Monette

Pirates on the Bayou
by Rita Monette


Pirates!
Good or bad, everyone seems to love pirates. Arrgggg! 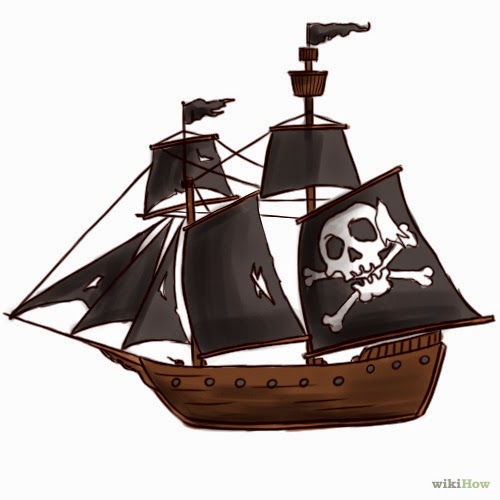 My hands-down favorite pirate is Jean Lafitte. I suppose it’s because he is both good guy and bad guy, and because his base of operation was my home state of Louisiana. There is much legend and lore about this famous pirate-turned-patriot. 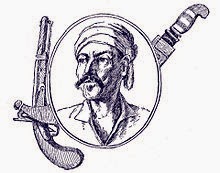 In my upcoming middle grade novel, The Curse at Pirate’s Cove, our Cajun kiddos get more than they bargain for when they go after some of Lafitte’s buried treasure on a nearby swamp island. Look for it this November, from Musa Publishing.
Excerpt:
“How do you know it’s a pirate ship?” I asked.
“It has to be, Nikki. Listen.” He turned toward me. “I was out at Uncle Luke’s this past weekend, and he told me all about it.”
“I ain’t believing there’s no pirate ship out in those swamps.” I lifted my chin.
“Just hear me out, Tomboy.” He sounded impatient. “There’s a legend that goes along with it, see.” He leaned toward me and lowered his voice. “There might even be a curse.”
“A legend?” He had my attention. I prided myself in being a super legend buster ever since I solved the one about Ghost Dog Island last year. I even got my picture in the newspaper. “Well, tell me about it.”
“I’m trying to.” He waved his hands in the air.
We propped ourselves against a couple of large limbs and got out our lunch bags.
“Uncle Luke says he first heard about it back when he was a kid. He says a friend of his grandfather, by the name of Beco, was out trapping on Fog Island with his buddy Clamare. They came across this here hole in the ground with a half-buried wooden chest, see. It had a big old lock on it. There was a couple of coins in the dirt, so Clamare picked them up and slipped them in his pocket. Beco decided he’d go back for some tools and shovels to dig the rest of it out, and told Clamare to stay there and watch the chest. On his way out to the edge of the island, he saw this ragged old ship. Thinking it was kind of odd looking for being in the swamps and all, he got a little closer. It had a broken mast and raggedy sails.” He poked me with his elbow. “When was the last time you ever saw a fishing boat with sails?”
I shook my head. “Never.” I unwrapped a peanut butter and jam sandwich and took a bite. “What’d he do?”
“Well, he started to board it, see?” Spikes dug into his own lunch bag. “But then he heard some talking coming out of the boat. He stopped right then and there, ’cause he didn’t know who might be on that old wreck out in the middle of nowhere, and there weren’t no other boats around. This one had a big old hole in the hull, so it couldn’t have sailed there on its own. At least anytime in recent history.”
“Then what?” I licked some of the jam off my fingers.
“Then someone stuck his head up over the bow, see. He had on one of them three pointed hats that pirates always wore. Old Beco yelled a big hello, and the man took out a pistol and shot over his head. Well, Beco took off right then and there. That night, he went down to T-Noon’s bar and got drunk, and told some other fellows about it. The next day, they all went back out to the island with shovels and brought guns just in case that crazy guy in the boat was still there.”
“Was he?” I asked.
“Nope. The ship was gone, and so was Clamare.”
“What about the treasure?”
“They never could find it. Not even the hole it was in.” 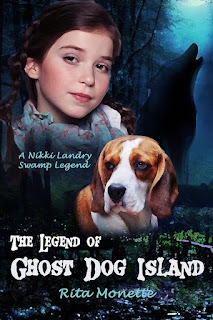 In the meantime, if you haven’t read The Legend of Ghost Dog Island, it’s a must read for anyone ages eight and up, interested in Cajun history and living in the bayous of Louisiana in the 1950s.
Posted by Rita Monette, Writer at 5:32 PM No comments: